Time just seems to go faster at the end of the year because “Love in Contract” is already over! We have one last ride left with Choi Sang Eun (Park Min Young) and Jung Ji Ho (Go Kyung Pyo) as they head toward their happy ending. Naturally, last minute villains make an appearance because evil has to evil, but Sang Eun has strong people around her now, and she may even surprise herself with what she’s capable of doing for the people she loves.

Warning: spoilers for episodes 15-16 below.

1. Sang Eun gets her freedom

Thanks to Yoo Mi Ho’s (Jin Kyung’s) incessant scheming, Sang Eun has been placed well and truly in the crosshairs of Kang Jin Group’s scion Seon Jin (Oh Ryoong) who’s determined to hold his place in line to inherit the company and use Sang Eun to do it. This results in all sort of last-minute corporate shenanigans as Seon Jin tries to break into Sang Eun’s home to find Mi Ho’s stash of evidence against Ina Group, force Sang Eun into marriage so he can ally with Ina Group, and ruin Sang Eun and Ina Group (he should really make up his mind). 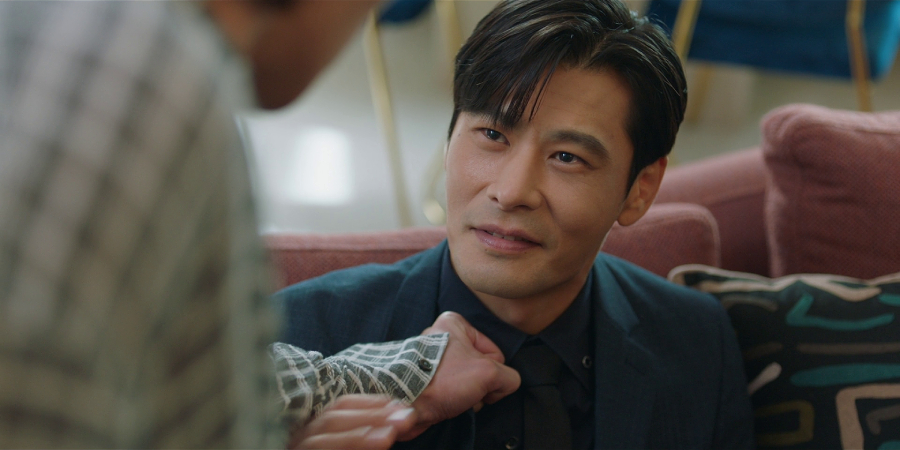 Kang Hae Jin (Kim Jae Young) is naturally distraught at all this and at the mounting pressure from his job at the corporation. He’s excelling, but that only makes Seon Jin more and more furious. Everyone takes a turn at the self-sacrifice bat with Mi Ho attempting to sacrifice herself and go to jail, then Ji Ho attempting to cover for Mi Ho and potentially lose his job, and Hae Jin losing his mind trying to protect them all, until Jung Ji Eun (Lee Joo Bin) finally has enough and tells on them all to Sang Eun who refuses to let the people around her lose their happiness to make her happy. 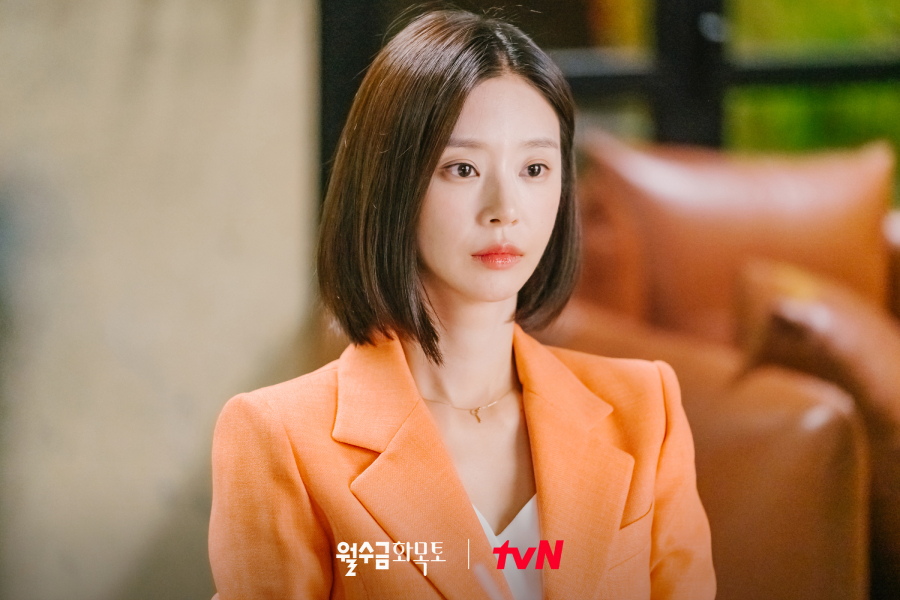 So she shows up to a board meeting where Seon Jin’s parents are present and raises hell. Turns out that there was a reason for her outburst at the arranged marriage dinner with Seon Jin all those years ago. He’d accosted her in the bathroom, made all sorts of frankly gross comments about everyone present, and them groped her to boot. But she had recorded him. And she plays it now from her old flip phone. Chaos ensues, Seon Jin is kicked out of the company to heaven knows where, and Sang Eun is finally free.

2. Sang Eun and Mi Ho embark on a new journey 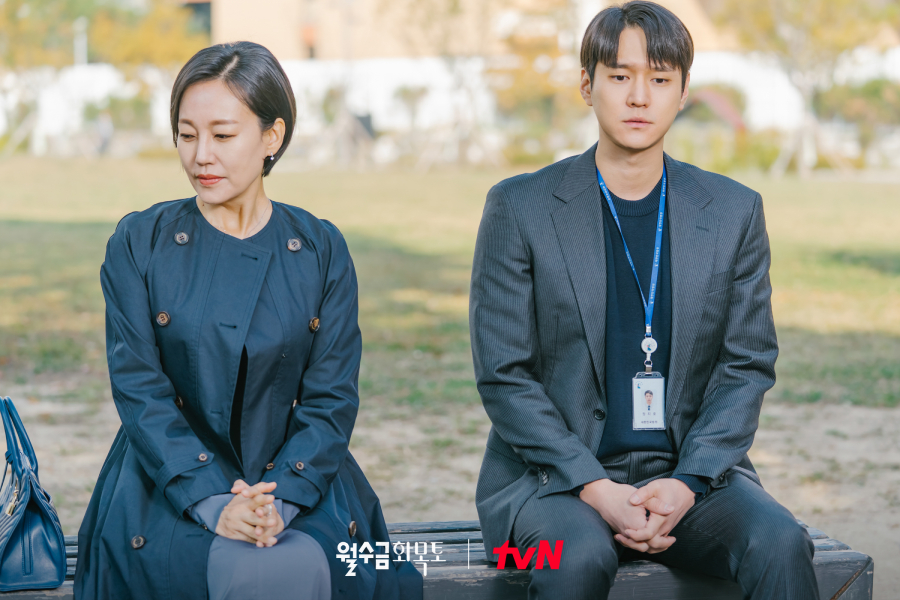 Once Sang Eun finds out that Mi Ho was planning to sacrifice herself, she confronts the other woman and is heartbroken to find that Mi Ho had saved all the money she sent her over the years as a trust fund for her. Sang Eun reveals that she knew all along that Mi Ho was her mother. She had over her and Jung Gil Tae (Ahn Suk Hwan), Ina Group’s CEO and her father, and recorded the conversation (she records everything!). 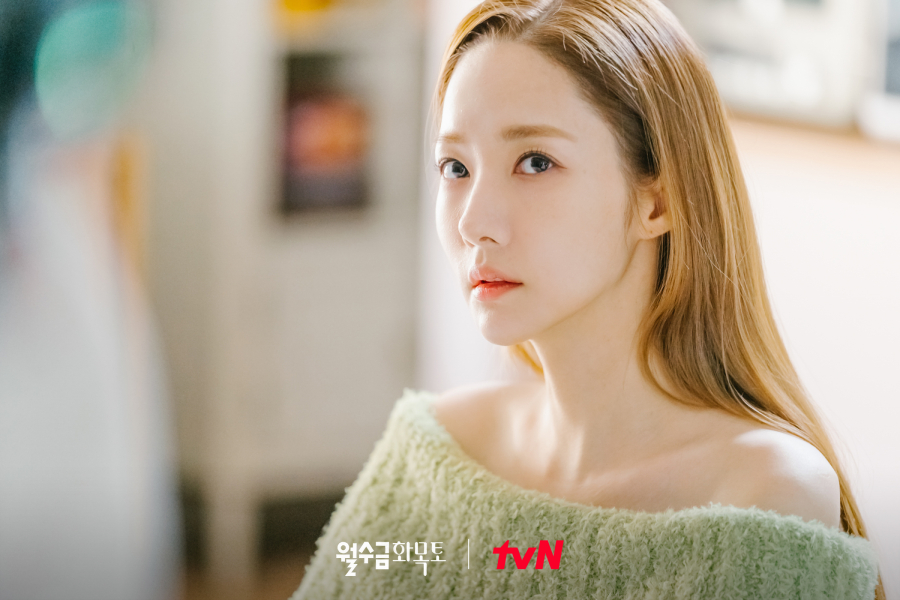 Now Sang Eun’s behavior makes all the more sense. She wasn’t just trying to please a mother figure but the woman she knew was her mother. That’s why she paid for Mi Ho’s bail and kept trying to earn her approval. It’s one thing to let someone go if they aren’t related to you, but she knew Mi Ho was her mother and couldn’t help trying to make sure she was okay. And Mi Ho was the same. 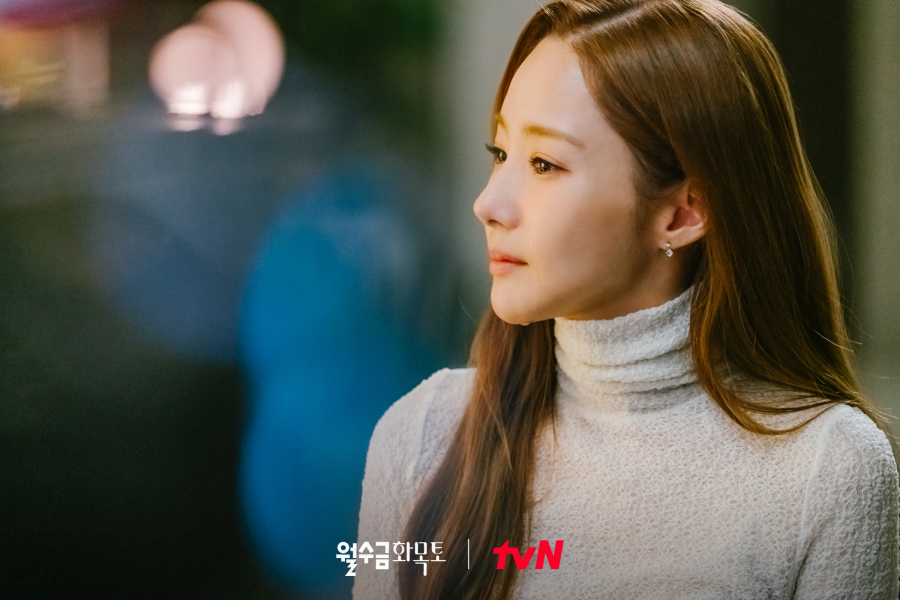 The two women reconcile with Mi Ho asking for forgiveness for what she did to Sang Eun. It was inexcusable and absolutely was abuse, even if she did it to give Sang Eun everything she never had. Sang Eun, for her part, forgives Mi Ho, and the two women move forward to a better relationship where Sang Eun even calls her mother. 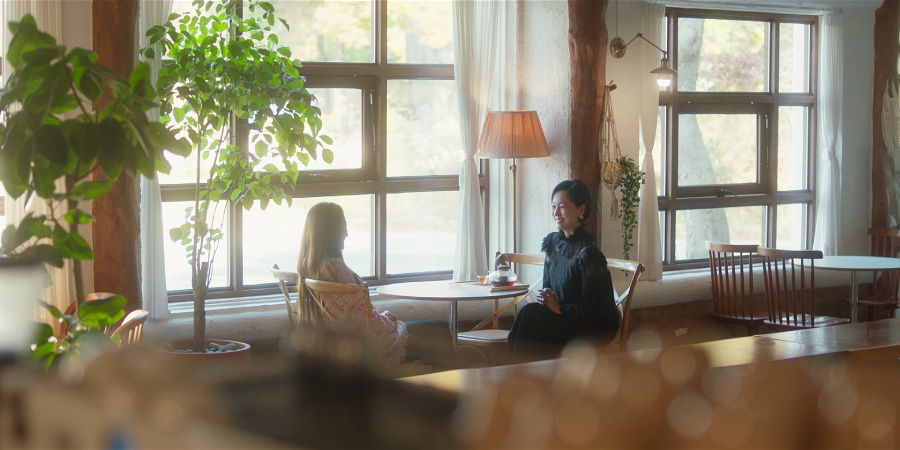 Mi Ho goes on to work at a tea shop and naturally manages to curate such an expensive set of blends that business is booming. Her ex and Sang Eun’s father shows up after having sold Ina Group, and Mi Ho’s face is hilarious when he asks her to have tea with him. 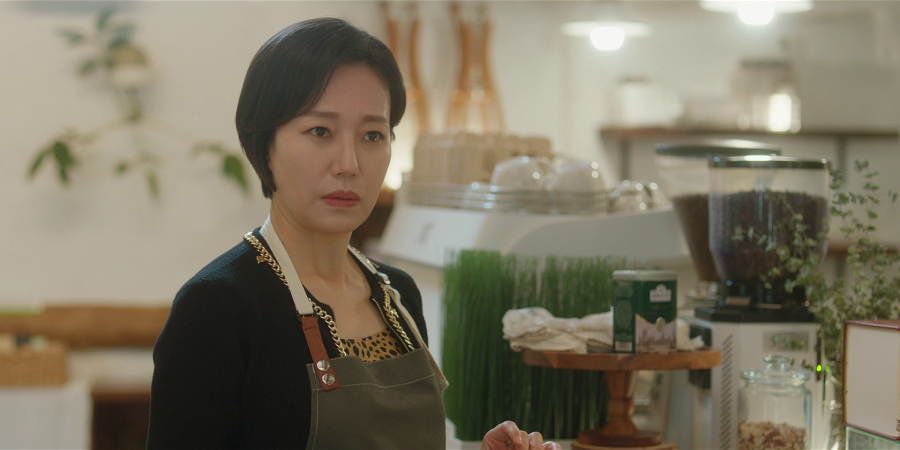 But no one here is exempt from a happy ending. Take Hae Jin for one.

3. Hae Jin gets his freedom

Afterwards, Sang Eun meets with Hae Jin’s mom, and the two finally have a heart to heart. Now that everyone knows that Mi Ho is her mother, Sang Eun admits that she lived for her mother for the longest time, trying to make her proud at the cost of her own happiness. And she knows a kindred spirit when she sees it. Because Hae Jin is the same, living for his mother so she doesn’t get thrown away by her husband the way Seon Jin just was. 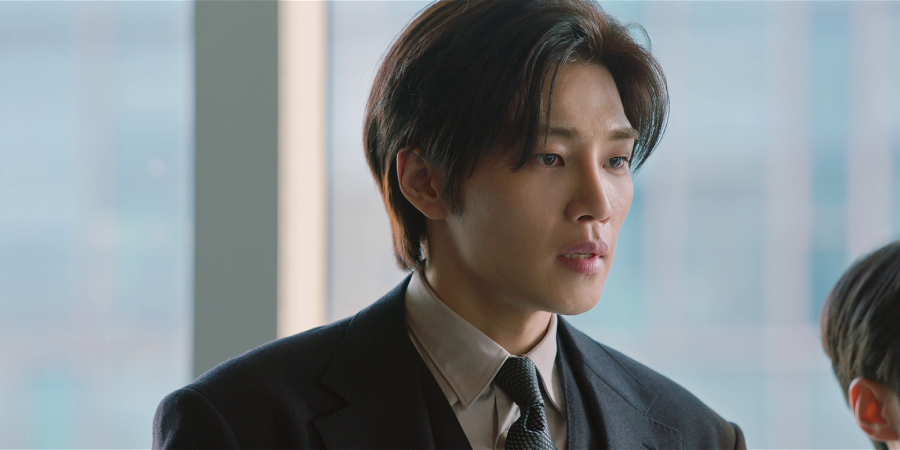 Hae Jin’s mother finally puts two and two together, and during a family meeting when her husband asks Hae Jin to relocate to the United States for five years and Hae Jin dully says yes, his mother puts her foot down. For the first time, she asks if he’s really happy, if he’s doing what he wants. He says it doesn’t matter, but she yells that it does and that he should stop thinking about her and let her figure out her own marriage (I really wish she had this wisdom before because she nearly killed this boy). Hae Jin is overjoyed to hear it and immediately says that he wants to return to acting. 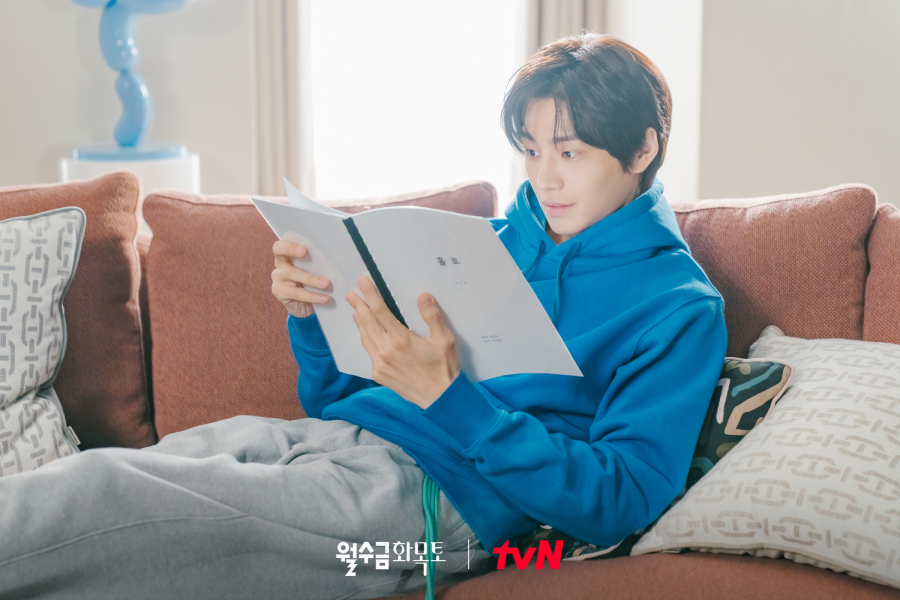 And he does! But in a slightly different capacity. He takes on art films and tries a hand at directing, able to truly appreciate what he loves all the more now that it was nearly taken from him. And Sang Eun is happy to see it. Plus, he isn’t the only one embarking on a new dream. 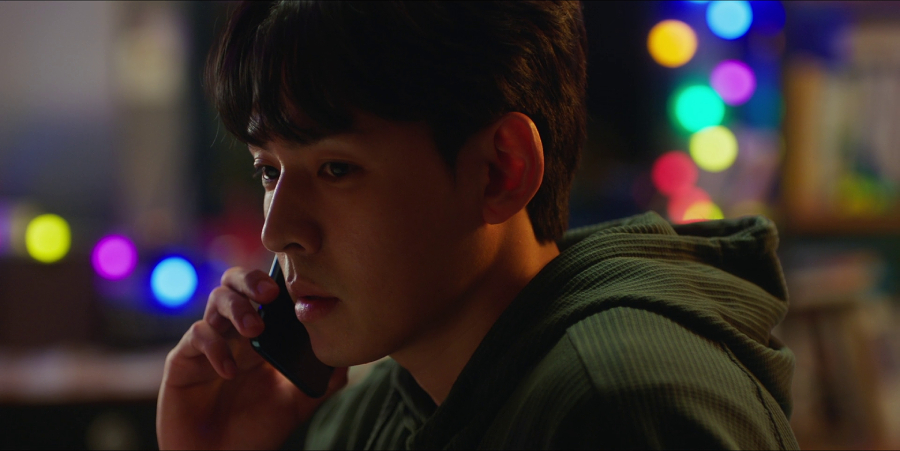 Sang Eun is put out upon finding that Woo Gwang Nam (Kang Hyung Suk) was about to leave without telling her. She asks why he doesn’t just stay and pursue his dream, but Gwang Nam voices that he’s afraid that people will out him and judge him for his sexuality. There’s nothing Sang Eun can say to that, but hope comes through a surprising person. Yoo Jung Hwan (Kim Hyun Mok) always saw a star in Gwang Nam and is devastated to hear that he’s leaving. He goes to him and tries to convince him to stay, promising that he’ll make a star out of him. It’s unclear whether Jung Hwan has other feelings at play here as he repeatedly insists that Gwang Nam shouldn’t take this the wrong way, but there’s no denying that many of his lines are traditionally those said in other dramas by women.

Gwang Nam gently refuses and goes to have dinner with his family where they naturally all pile into him, demanding that he get married again (this poor guy). He finally tells them all that he’s gay and has no intent of marrying a woman to please them again. The family erupts, screaming and hitting him, and it’s so awful and sad. But Jung Hwan materializes out of nowhere and says that Gwang Nam is about to become a major star. The family immediately quiets at the prospect of milking Gwang Nam for money (I hope he doesn’t give them a cent!) and the matter is smoothed over. 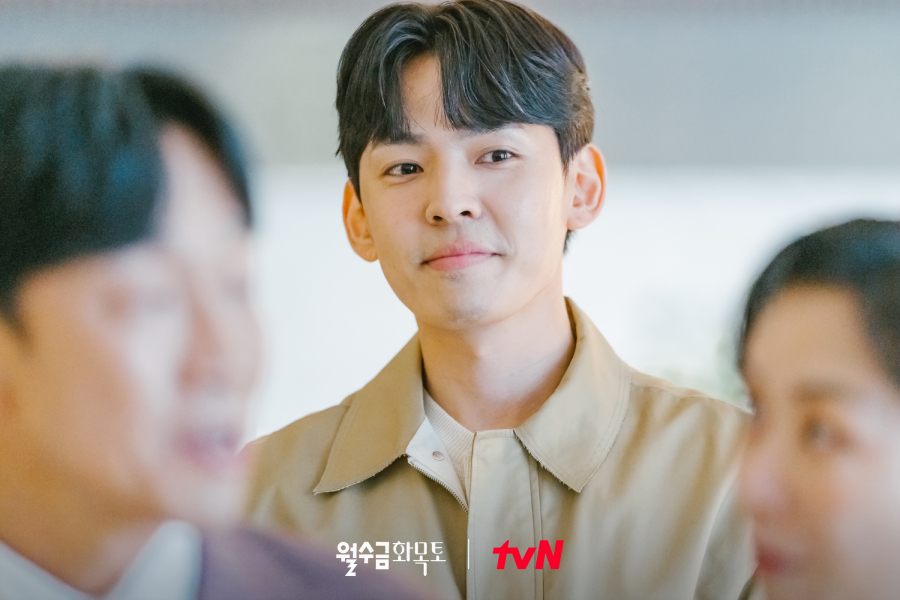 Gwang Nam is moved at Jung Hwan’s faith in him and agrees to give this star thing a try as far as they can go. It’s really nice that his arc was done justice. Yes, he was a side character in Sang Eun’s show, but he had his own dreams, motivations, and family life, and he lived a life that wasn’t dependent on her. It’s always wonderful to see representation in dramas, and this was a healthy, positive way of doing so. Gwang Nam was always more than his sexuality, and his arc examined the difficulty of living as a gay man in a traditional society while also giving him a life beyond that. Gwang Nam remains the best.

After all is resolved we get a rather odd and random separation where Sang Eun ghosts Ji Ho for the longest time and nearly sends him into a depressive spiral. She doesn’t communicate to him at all, and that’s honestly the worst sort of thing to do to a partner. After much urging by Mi Ho and Woo Gwang Nam, she finally goes and admits that she was afraid and ashamed of her life and thought he was too good for her. It doesn’t make sense, but they make up and prepare for a wedding. 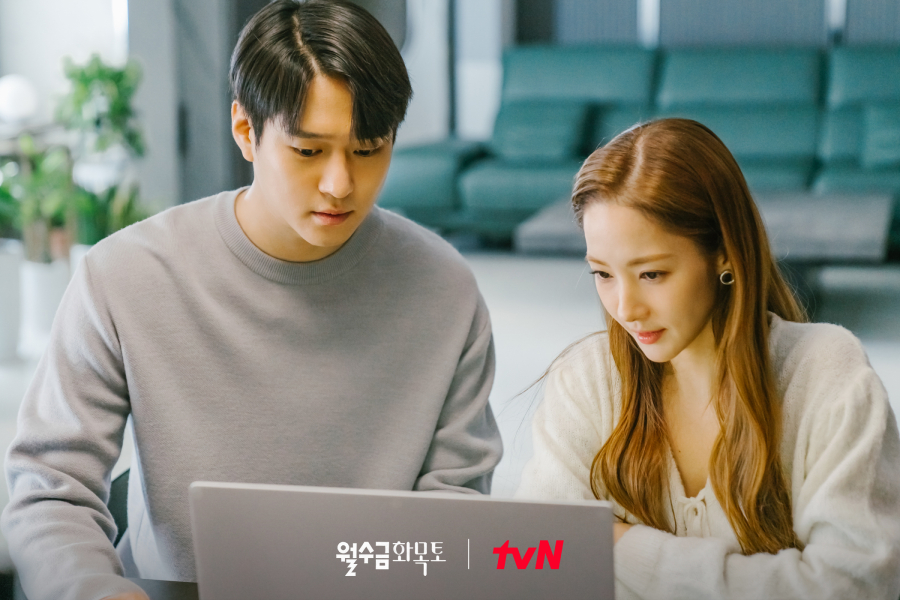 And what a whirlwind of preparation it is! From suit jackets that grow increasingly tighter to debating wedding invitations and trying to find a venue that Sang Eun hasn’t already been married at, it’s such a hassle that both of them realize that they don’t really want a wedding after all. Instead, they prepare to host a small housewarming. But though our couple is already married, it didn’t come about in the most traditional of ways. Ji Ho resolves to change that by proposing to her. He has it all planned out when Sang Eun leaves during their dinner at an expensive restaurant to ‘go to the bathroom’. He straight up panics when people pull out violins, roses, and red carpets, wave their phones, and drag him to a wreath. And then Sang Eun shows up to propose to him. It’s a lovely moment feat. Gwang Nam singing, and everyone awws when the couple kiss. 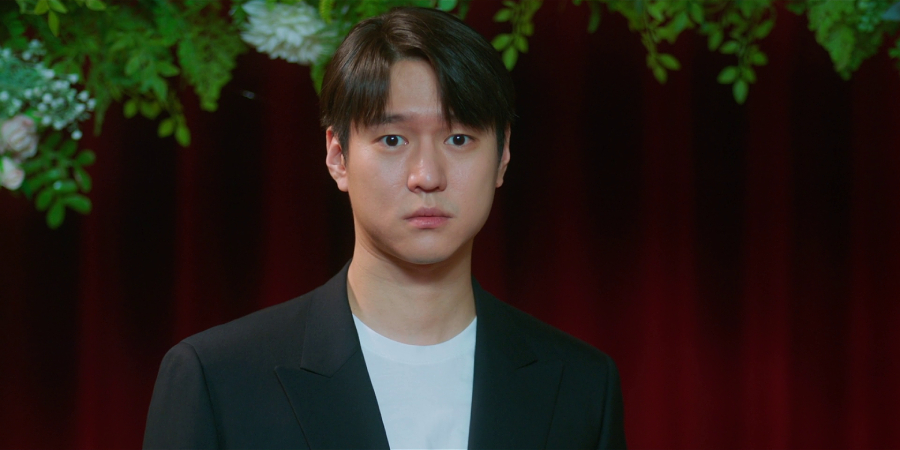 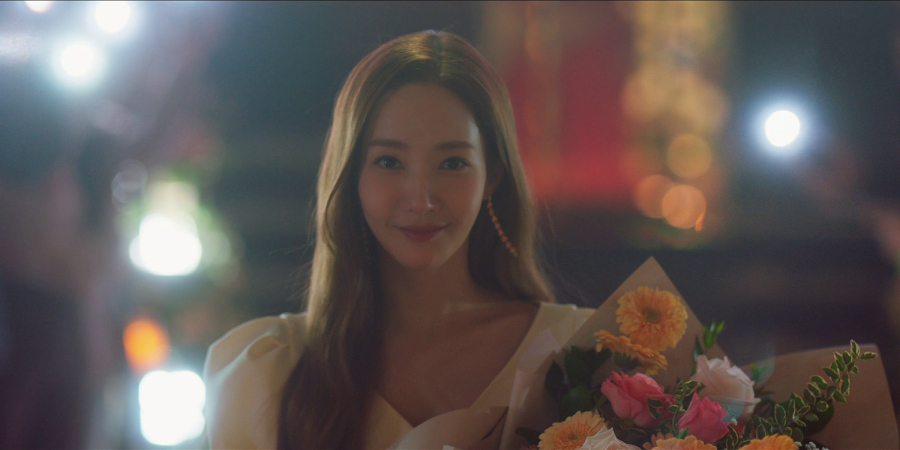 Everyone except Hae Jin for some reason shows up to the housewarming. He and Ji Ho and Ji Eun are drinking buddies now, so it isn’t clear why he wasn’t there. But all goes sunny and smiley and well, and one of his co-workers catches the bouquet Sang Eun throws. It is an end, but it’s only the start of Sang Eun and Ji Ho’s married life. And the fact that they spend the next hungover morning (a Sunday) having ramen is proof that all is going to go pretty much well. 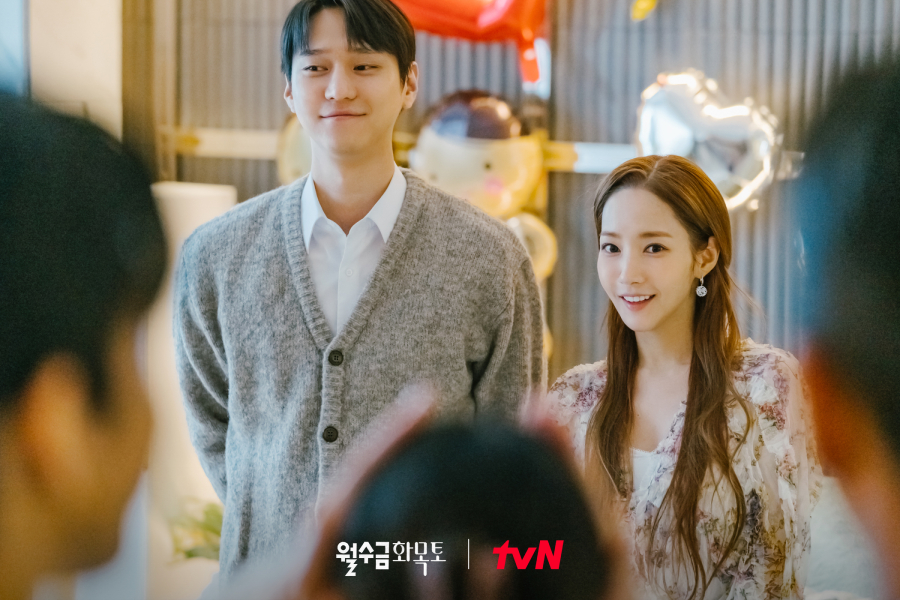 This was a pretty cute show that got tied down in a lot of extraneous detail. At its heart, it could have been a character study. A girl who was little more than a doll who turned her back on everything but was still stuck playing a part by seeking her happiness in other people’s happiness. And a guy who was closed off to the world, not because he felt nothing, but because he didn’t know how to show it in a manner that wouldn’t get him ridiculed or earn him universal dislike for being too blunt. But this story got bogged down in a second lead that wouldn’t quit for the longest time and too many unnecessary corporate machinations and the reveal of Sang Eun’s profession publicly, which didn’t add anything worthwhile to the narrative. But at its core, “Love in Contract” was a story of how people can save each other. She helped him express his heart, and he showed her that she was entitled to and worthy of love. Not bad for a romance that started contractually. 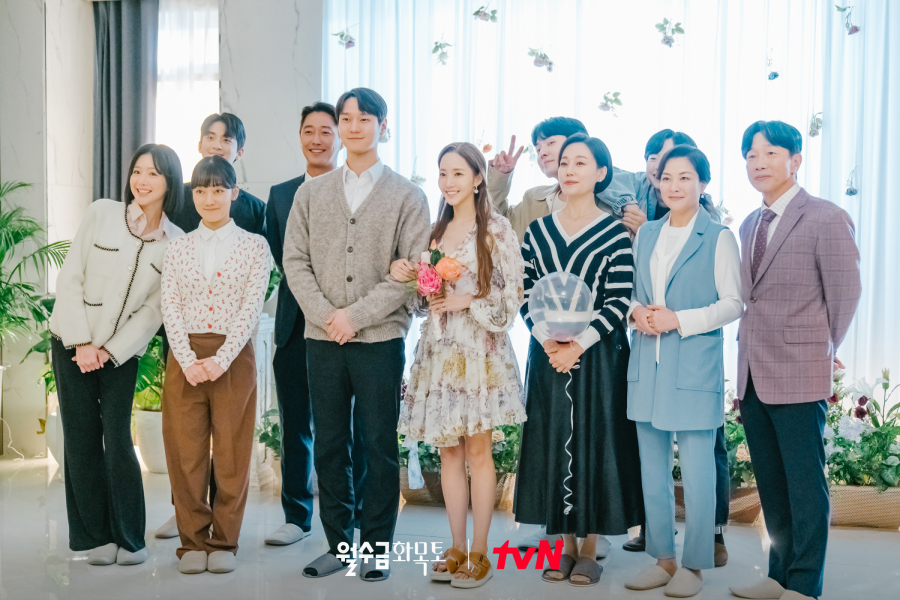 Check out the drama below!

What did you think of last week’s episodes? Let us know your thoughts in the comments below!

Shalini_A is a long time Asian-drama addict. When not watching dramas, she works as a lawyer, fangirls over Ji Sung, and attempts to write the greatest fantasy romance of all time. Follow her on Twitter and Instagram, and feel free to ask her anything!

Currently Watching:  “Love in Contract,” “Blind,” “Gaus Electronics,” “Love is for Suckers.”
Looking Forward to: “Island,” “Queen of the Scene,” “Black Knight,” and, of course, Ji Sung’s next drama.

Tomiyasu takes part in training with Japan ahead of Spain clash